PÉCHÉ MIGNON’s Parmesan & Rosemary shortbread was included by Mijune Pak (Follow me Foodie) in her selection of 10 holiday cookies she considers to be “stand-out” this year.  The article entitled “Cookies that Santa will love” was published in WE Vancouver on December 11th 2013. Read the article.

Mijune is a weekly food columnist for the WE Vancouver newspaper with her own column called “Follow Me Foodie” which takes an opinionated approach on the food scene. She has also appeared on Food Network, Zagat, OpenRoad Driver, BC Living, The Vancouver Sun, The Now Newspaper, WE Vancouver, Notable.CA, and various other media outlets. 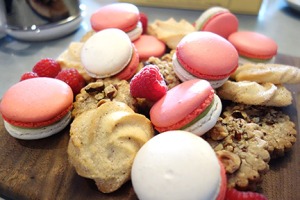